We were encouraged to have fun together with one of the biggest company selling toys and products for children and teenagers in the world. The company wanted to develop its image more asked us to manage the brand in Poland. Apart from refreshing and managing their website and PR advising the biggest challenge was to encourage the customers to be active in the brand’s social media. This was our task to do. We had some fun doing it and it was a success. Thanks to creating “Be Geoffrey’s friend” and “Small Testers” apps the bran’s presence in social media became more visible.

Toys”R”Us is is an international company socialized in selling toys. It was established in 1948. The brand owns shops in 36 countries, for example, on the famous Fifth Avenue in New York. In Poland the brand made its debut in 2011. 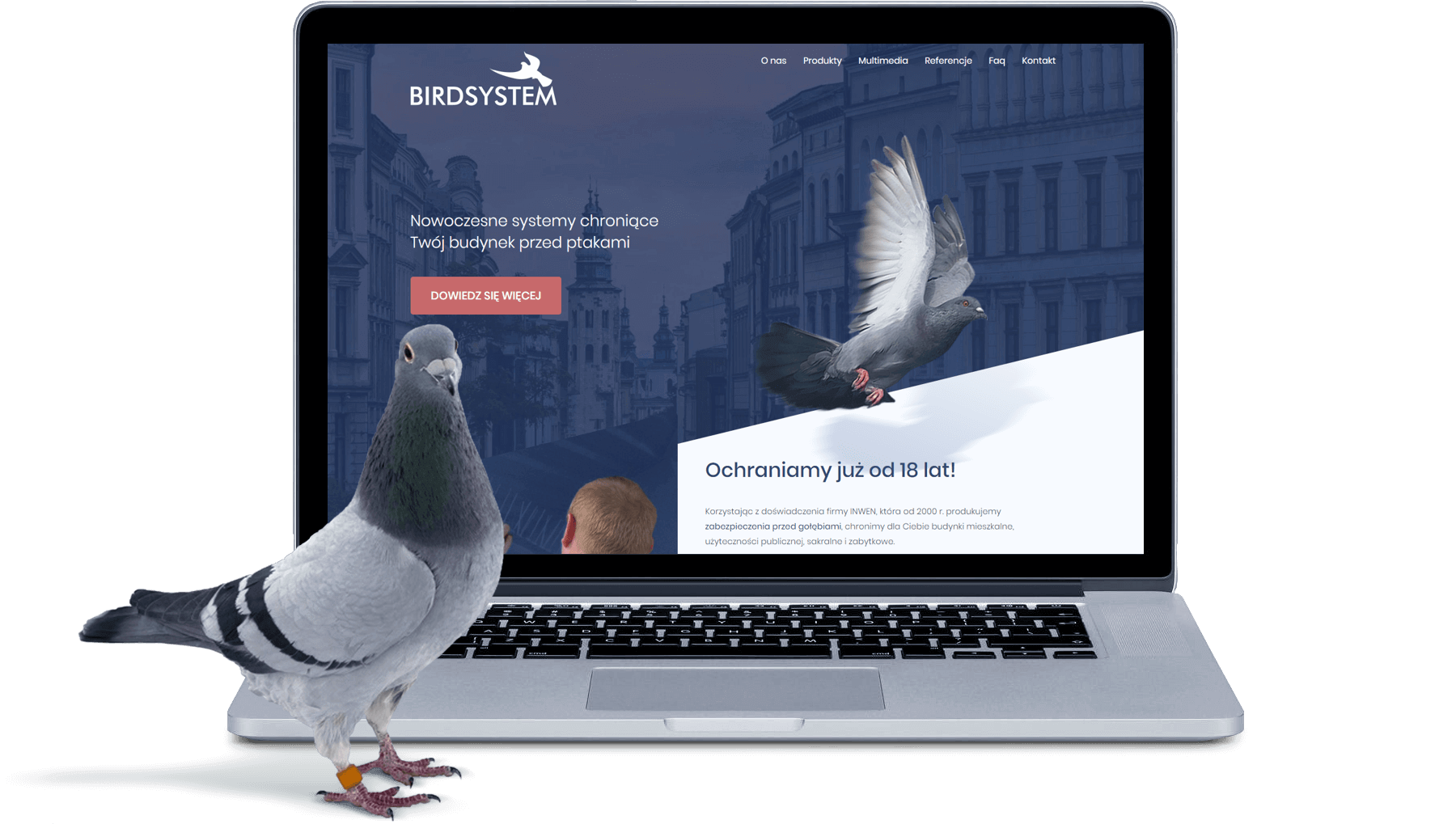 We knew that the application should both attract toddlers’ attention and encourage the users to visit the website more frequently. Finally, we decided to create a game in which children are encouraged to send their photos and become Geoffrey’s friends. The children with the most popular photos received prizes.

Using the app was simple. It was easy enough to add a child’s photo and inform friends about the competition so that they could vote. Every person could vote once a day giving 1 point. However, if someone had 15 common friends with Toys”R”Us profile the points were double counted. Prizes – a ticket for shopping or a toy – were given to the first 20 people. 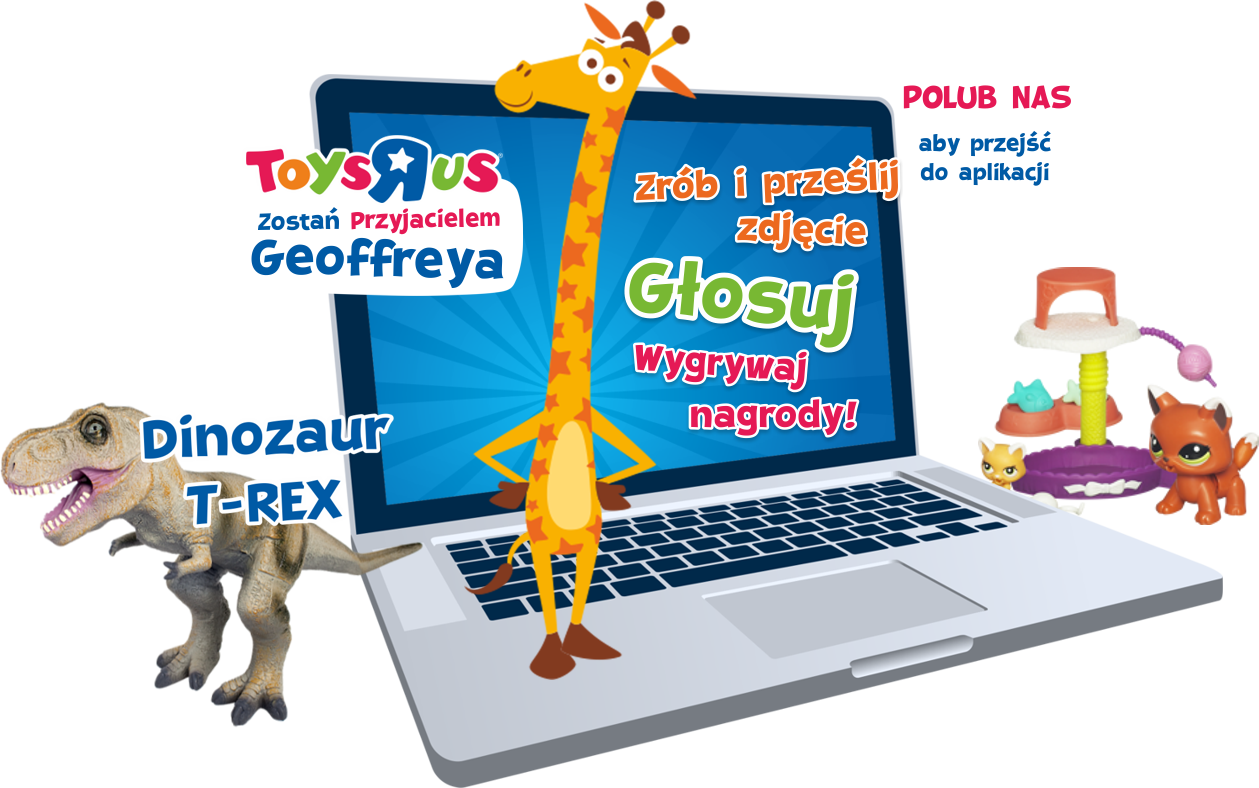 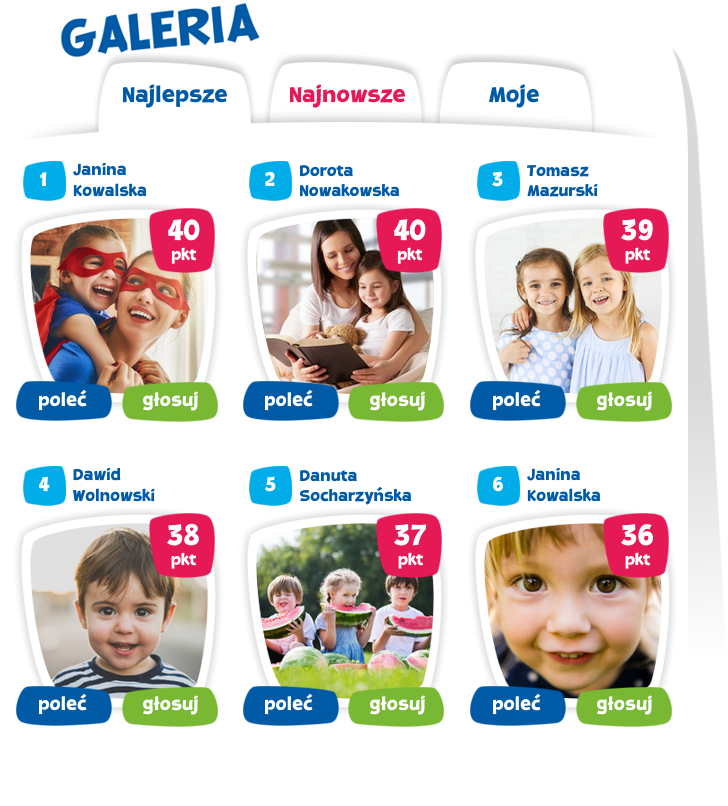 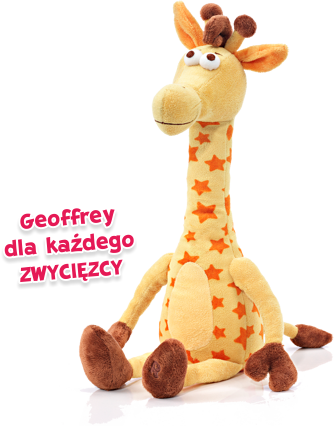 Children knows everything about toys! That’s why we decided that they should show others how they test the toys. In order to become a Small Tester one had to send a short video presenting a child testing a toy. The ones who received the biggest number of votes were given special prizes. 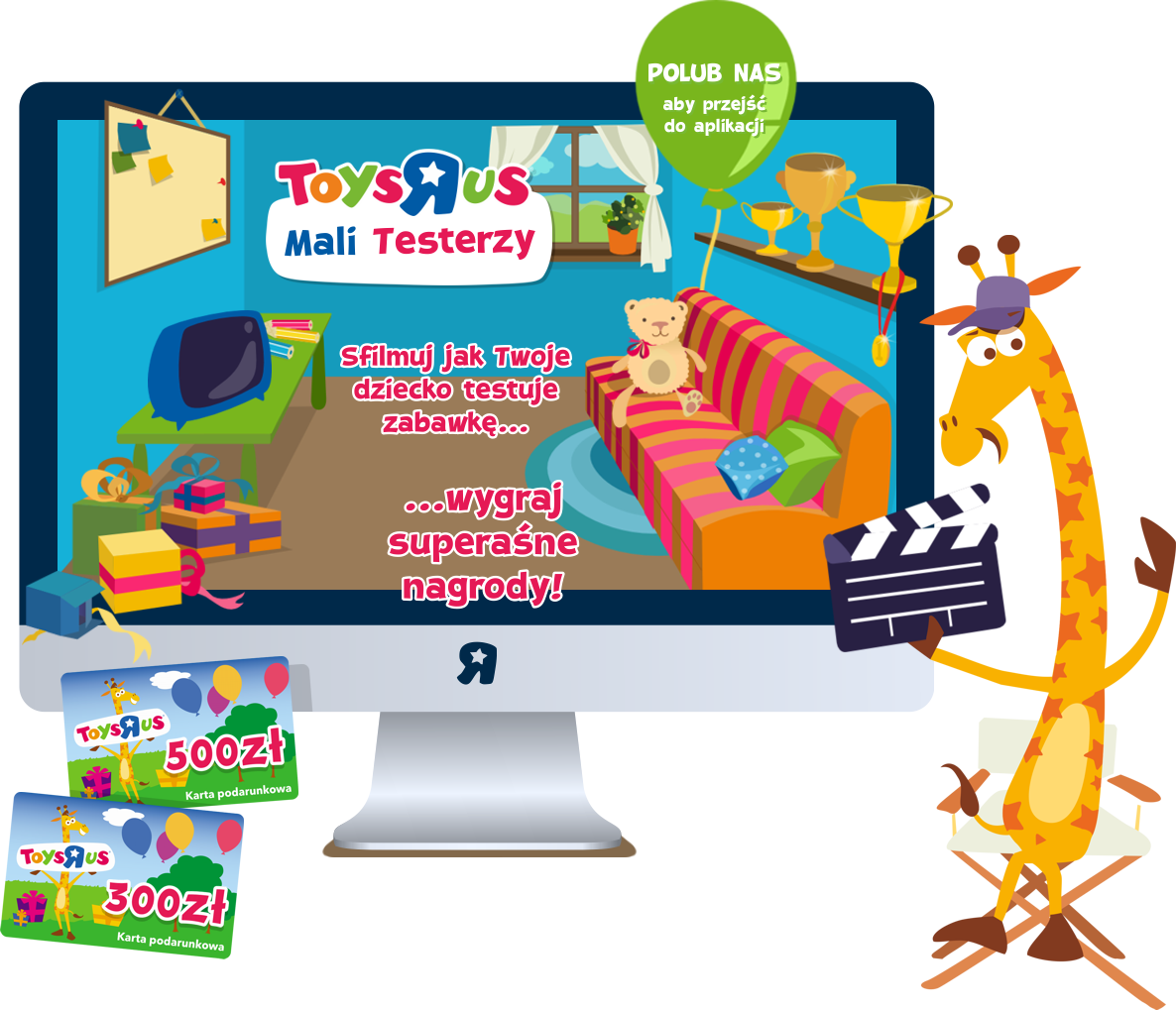 From sketch to creation

From sketch to creation

We’ve designed special graphics for the application. Every item had its beginning on a piece of paper and our authors were full of ideas.

Using the application was supposed to be fun so we wanted to provide the users with total freedom in navigating the program. Every character or element moved the user on a given subpage so adding videos or looking through products for testing was intuitive.

Who to vote for?

The system for voting we’ve created was simple and clear even for the youngest users. It allowed one not only to go through videos easily (lasting from 30 to 60 seconds) but also to follow one’s own results in the process of voting. 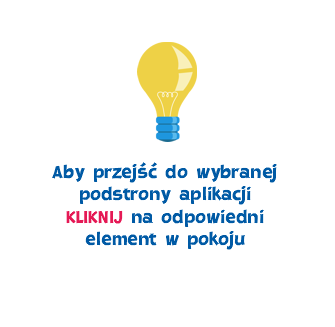 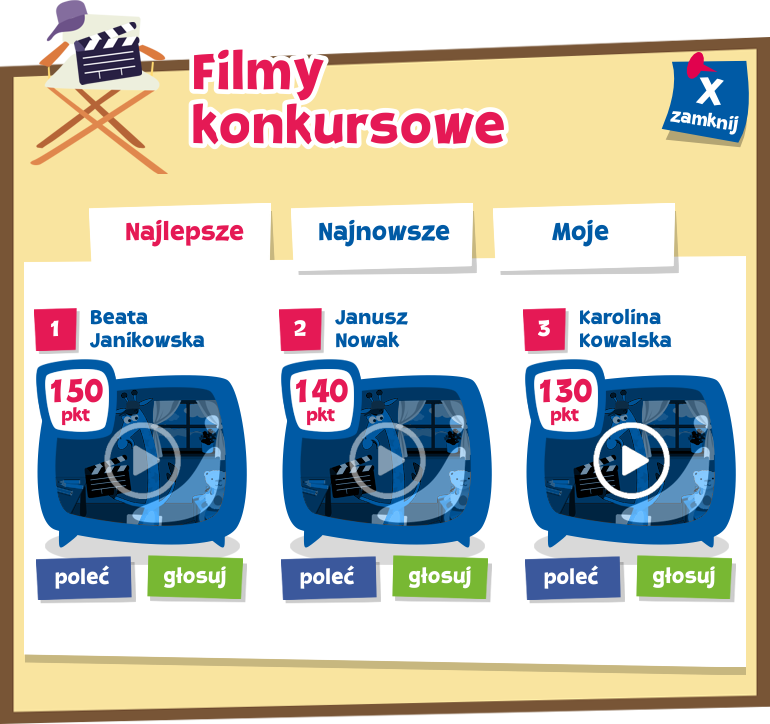 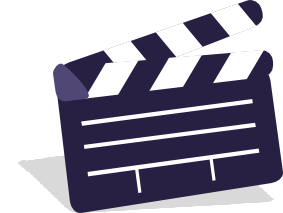 Task: find 10 identical pictures. The ranking was based on the time the users needed to complete the task. But more importantly, the user could play the game endlessly and the system noted the best score achieved. 30 best users received prizes. 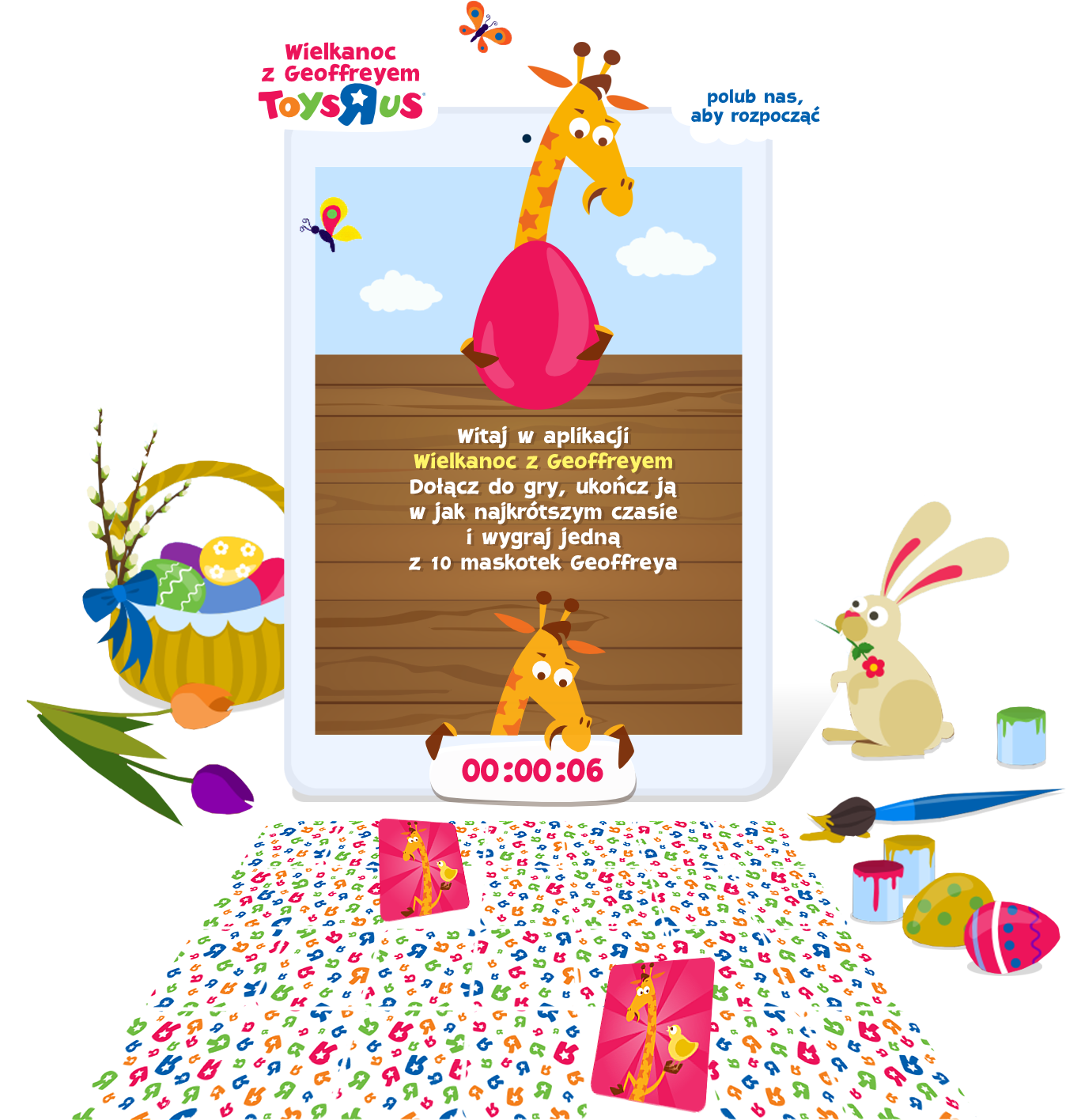 I reveal my cards and…

Graphics used in the game were designed especially for the application. Obviously, the whole game referred to Easter. 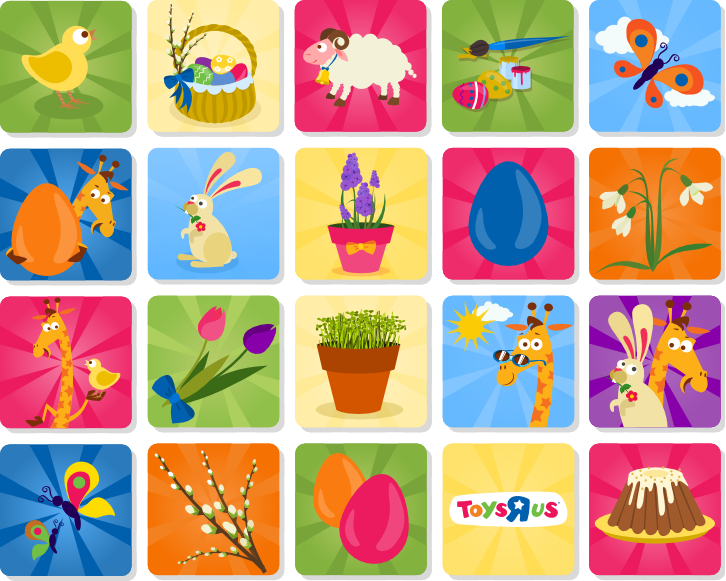